You are using an out of date browser. It may not display this or other websites correctly.
You should upgrade or use an alternative browser.
If you ever plan to motor west, get your kicks on route 66! This Historic Highway was one of the first to span across the Midwest, Great Plains, and Southwest; and is arguably the United States' most famous stretch of road. So buckle up! It's time to take a trip down a portion of this iconic route in our upcoming Texas DLC for American Truck Simulator. 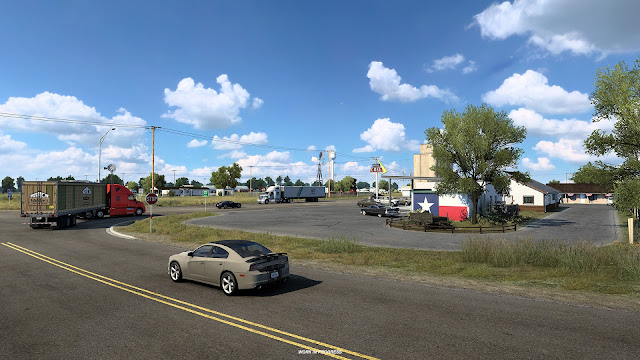 ​
One of the first stretches of Route 66 can be found alongside the I-40 between San Jon and Glenrio, which is around 15 miles long. This section of the route is mostly dirt road, featuring historic relics of the past along the way, including old wooden bridges and the now ghost town of Endee. The off-road portion of the route ends in the now empty town of Glenrio; which until the 1970's, was a popular stop for travellers, until the newer highway bypassed the town. It now remains home to only the critters and the blowing tumbleweeds of the vast prairie. 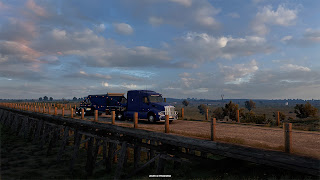 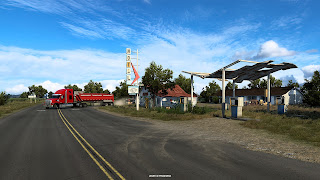 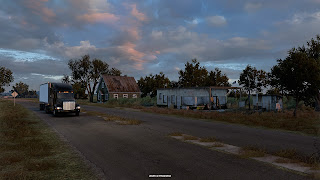 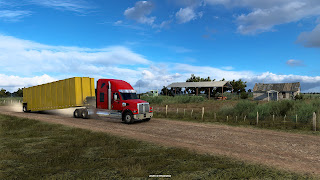 ​
Continuing further east, travellers will come across one of the most famous locations of Route 66, the midpoint marker which can be found in the town of Adrian in Texas. From this point, it is the same distance to Chicago (East Coast) as it is Los Angeles (West Coast). Here you can also find the Midpoint Cafe, which today is still a famous stop-off point for many weary and hungry travellers. 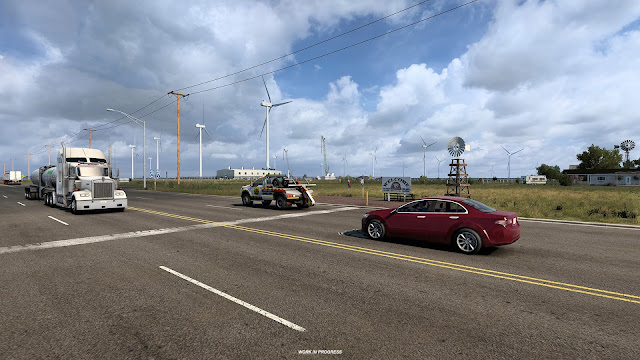 ​
Another stop which hungry travellers making along this route is The Big Texan Steak Ranch in Amarillo, world famous for its 72oz (2kg) steak challenge. Since its opening in 1960, the Big Texan has become a must stop on Route 66. With its distinctive architecture, it was originally placed along the mother road, but had to make the decision to relocate closer to the I-40 when the historical highway was bypassed. Today it still stands decorated with old Route 66 signage and photos and is visited by thousands of passing travellers. 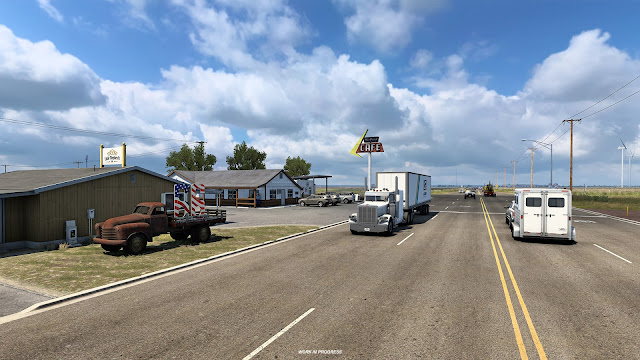 ​
And for our final stop, come and visit the one and only Cadillac Ranch! Step right up and see ten vehicles buried nose-down in a field at the same angle as the Pyramids of Giza. Confusing travellers in since 1974, it continues to be a popular attraction for many. Since it's opening, visitors have been encouraged to contribute to the public art by spray painting their own designs on the Cadillacs; thus creating an ever changing art piece. Today, spray paint can be found as far as the road itself, making the whole area quite colourful! 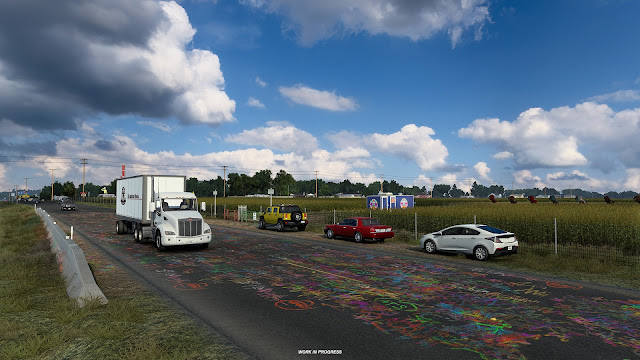 ​
Won't you get hip to this timely tip, when you finally make that Texas trip? What might you find on this old road of the nation, from restaurants to art installations. Enjoy the ride as you pass buildings with old bricks, and we are sure, you'll have a great time when you get your kicks, on route sixty-six.