You are using an out of date browser. It may not display this or other websites correctly.
You should upgrade or use an alternative browser.
Today we are excited to announce and confirm that we are in the process of completely reworking the country of Switzerland in Euro Truck Simulator 2. As one of our older base game areas, it will be receiving a complete overhaul as part of a free update for players. Today, we wanted to highlight just one of the cities being worked in this project, the city of Bern. 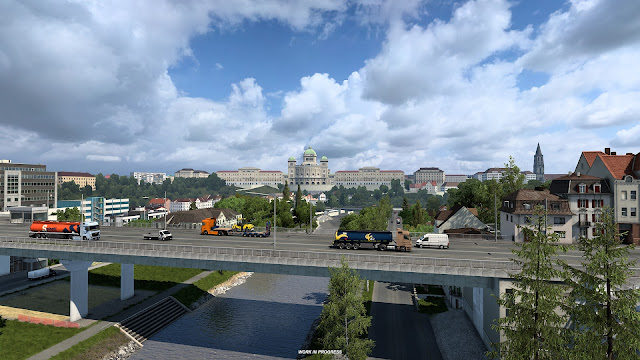 ​
Located in the heart of Switzerland, Bern is the gateway to the Alps which attracts hundreds of thousands of visitors every year. To better represent this historic part of the region, our team has reconstructed the whole city from the ground up to bring it up to our current quality standards. 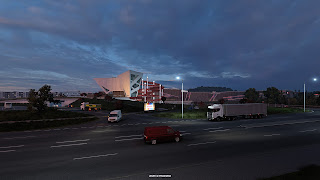 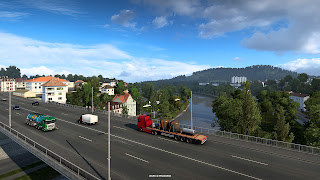 ​
Previously, Bern featured 2 logistic depots and 1 farm industry which players could deliver to and from. In this rework, our team has added 5 brand new depots and reworked 2 of the existing industries. These include a chocolate factory, a supermarket and a railway depot. Outside of the city, players can find a farm industry, a sawmill and a quarry. Drivers can also find their usual garage and mechanic services, as well as a MAN Trucks dealership! 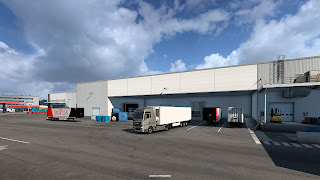 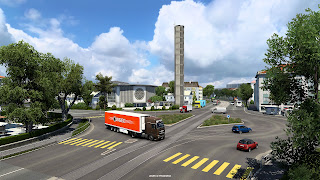 ​
The entire road network has also been reworked to better represent it's real life counterpart, including road junctions that lead into the city. Landmarks have also been reworked in the area and better reflect their real life locations. Some of the Landmarks that will be featured include Bern Palace, The Cathedral of Bern, a local church and a popular shopping mall. 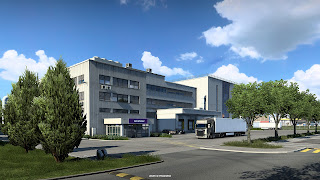 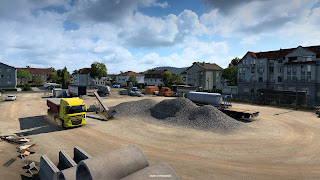 Surrounding highway networks have also been repositioned and reworked at a more realistic standard, which will allow for easier navigation when passing by or visiting Bern! 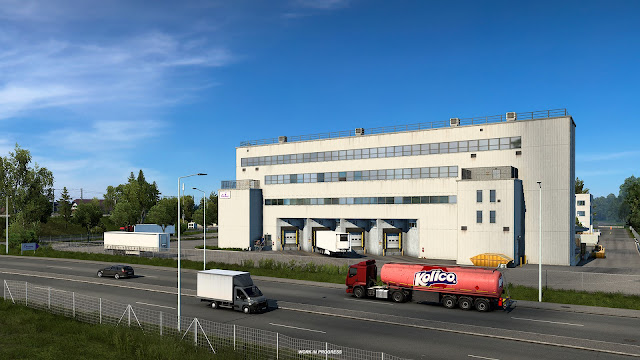 ​
We hope you enjoyed this look into our development into reworking Switzerland. We have quite a bit more to show in the future, so keep an eye on our blogs for more showcases and updates in the future. Until then, keep on truckin'!