You are using an out of date browser. It may not display this or other websites correctly.
You should upgrade or use an alternative browser.
The month of October is internationally recognised as Breast Cancer Awareness Month, better known as Pinktober. Often represented visually by a pink ribbon, the Pinktober campaign helps share critical information and spread awareness about this terrible disease which many are affected by. 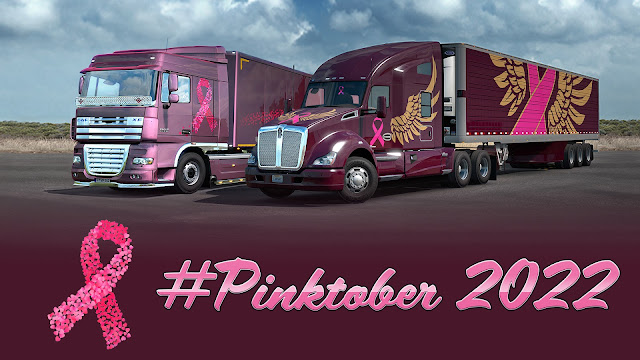 ​
Educating yourself and sharing information with those around you is an important part of breast cancer awareness and detection, as it helps to know what signs to look out for. Regular self-checks and visiting your local doctor, while, at the same time, reminding those closest to you to do the same is the main message conveyed during the campaign. Your health should always be the highest priority.

Every year kind-hearted supporters are doing their best to aid in the battle by sending direct donations or spreading awareness. A couple of years ago we decided to commit ourselves to the cause as well in the form of a Pink Ribbon Charity Event which came along with two special DLCs in 2019 - one for American Truck Simulator, and one for Euro Truck Simulator 2. This opened up a possibility for those who wanted to help but weren’t sure where to donate, as, in the end, 100% of the income from these DLCs goes to a charity every year.

If you wish to join a good cause and obtain some new paint jobs for your trucks, now is the perfect opportunity to get these two DLCs or gift them to a friend and contribute to the battle against Breast Cancer. And in case you and your friends already own these DLCs, you can spread awareness by decorating your trucks in these paint jobs and haul with pride while letting others know about this good cause by flooding social media with screenshots of your trucks under #Pinktober2022.

In regards to which charities we are going to donate the final amount to, this year is going to be slightly different. This time we have decided to send the final sum raised from the DLCs to a single local charity -
Alliance of Women with Breast Cancer​
. Pay close attention to our blog at the end of the month, as we will release another blog post wrapping up this year’s Pinktober and announcing the final amount of money donated! 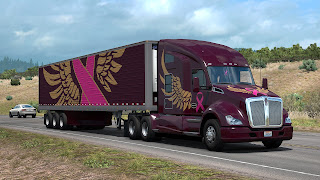 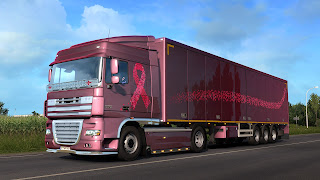 ​
As part of Pinktober, we have also invited representatives from the Alliance of Women with Breast Cancer charity to host a Breast Cancer awareness seminar at our studios in Prague. We are very grateful to be able to offer such an informative session to our ever-increasing number of team members, and we hope to see colleagues old and new take part.

We thank you all for your gracious support in advance, and thank those who have continually supported the Pinktober cause throughout the past year.