You are using an out of date browser. It may not display this or other websites correctly.
You should upgrade or use an alternative browser.
They say that truckers make the world go round, and considering the number of materials and other cargo being transported somewhere out there basically every second, we have to agree! That is why the topic of New Industries is the best first step into more detailed information about what you can expect in the upcoming West Balkans DLC for Euro Truck Simulator 2. 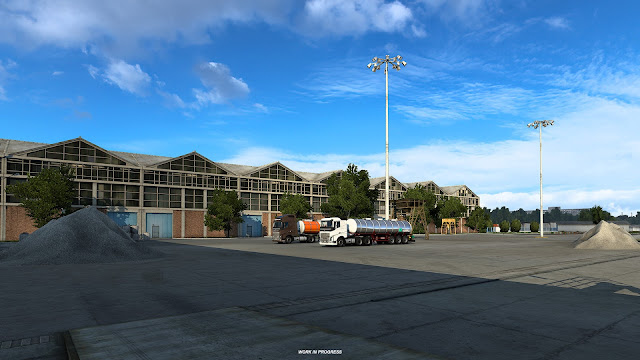 We are starting off with a new logistic depot, which will offer you countless jobs involving different cargoes to haul. With tricky places for loading and unloading, these new areas will certainly bring you a lot of fun.

As you may know, among other states this DLC will also include the beautiful country of Croatia, which, in addition to a long coast of the Adriatic Sea on its western side, also includes many islands. Our new depot has the task, with the help of the players, to ensure their supply or the other way around - the transport of materials produced on the islands. And not only that. The sea also offers riches such as fish and seafood, so we will dedicate part of the area to their processing.

Speaking of water, a large river of great importance for transport - the Danube - flows through the local territory. Ships transport a lot of material at once, but they have one problem. They cannot bring their cargo outside the waterway. So they have to transfer their cargo, which is what ports are for. Seaports have been around for some time, but river ports are new to Euro Truck Simulator 2. 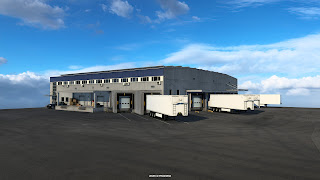 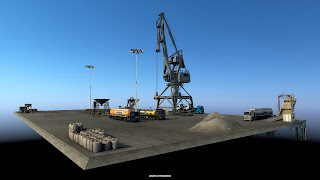 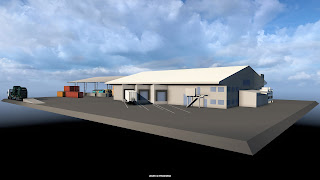 Although times seem to be slowly changing, tractors on diesel still run in the real world and within our games. Diesel is produced from oil, which must be extracted from the land before use. And while the ATS players have already encountered oil extraction, for the world of ETS2 it will be a breath of fresh air.

Chemical plants aren't just big factories full of tall shiny equipment and huge tanks. There are also smaller plants that process chemicals contained in various products, such as drugstore goods. Deliver the chemicals, the workers will process them, and then you can take the end results to supermarket warehouses.

There are significant deposits of Bauxite rock within the West Balkans. This sediment is used for obtaining aluminum, with the first step being mining. Our highway semi-tractors are not exactly suited for entering mines, but they can help with other machines that can do just that. Therefore, the depot serves not only as a garage for the dedicated machines but also as a transshipment point for material. 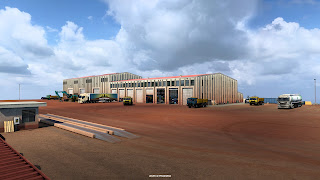 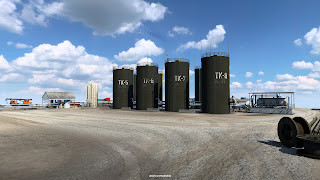 So, we have successfully mined bauxite and now it needs to be further processed. This is exactly what the Aluminum Foundry is for. A difficult processing operation needs to have a lot of cargo delivered so that valuable material can be created in the final steps. Machines need spare parts, warehouse workers need new handling equipment, and out goes a shipment of fresh aluminum ingots and up for further processing.

We have created aluminum, but it is necessary to transform it into products that are around us every day Cars, tin foil in the kitchen, electronic devices... The list goes on. And Metal Light Factory is ready to transform aluminum ingots into many such items. However, you will also meet other metals within this depot. 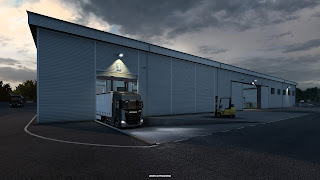 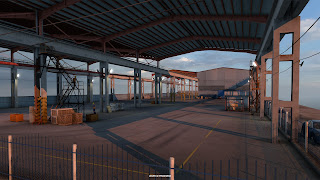 You are probably aware that we have had car companies in the game economy since the very beginning. But the automotive industry does not consist of only large areas for the final assembly of vehicles. Many of the necessary parts are produced elsewhere. And these are exactly the factories that we will bring into the game with this map expansion.

As the name suggests, the new Caravan Factory specializes in the production of well... caravans. The assembly line requires the delivery of a lot of cargo that is contained across the entire economy, for example, parts from the Car Parts Factory, or entire van chassis from a car manufacturer. Heading the other way, you will pick up the fully constructed vehicles and deliver them to caravan lovers all over Europe. 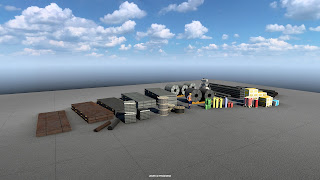 ​
Please keep in mind that everything shown and mentioned in this article is still very much a "work in progress". If you're already excited to drive to and from these industries, make sure to add West Balkans DLC to your Steam Wishlist. We have much more information to share with you about this project in the future, so stay in touch by following us on social media (Twitter, Instagram, Facebook, TikTok) to not miss out on anything interesting.