You are using an out of date browser. It may not display this or other websites correctly.
You should upgrade or use an alternative browser.
Hallo, Freunde! It’s time to look at another city that will receive a brand-new look in the upcoming rework of the German cities that we are currently working on. Today, we’ll show and tell you a bit about what changes you can expect to see in the amazing city of Frankfurt am Main. 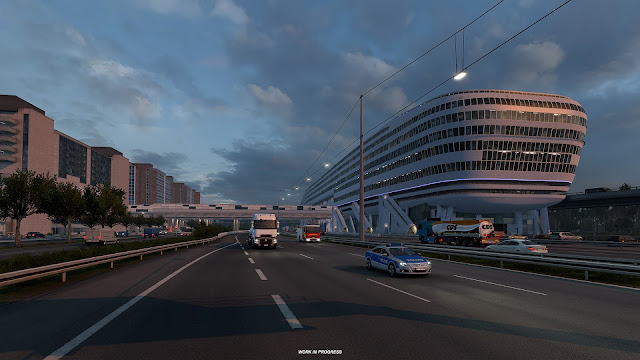 ​
Perhaps you have already noticed the frequent pattern but reworks of individual cities are no easy feat, as once again we had to build the entire area from scratch with only a few exceptions. You will still find a familiar garage and Iveco truck dealer in the city and the ring road has mostly remained the same with an exception of a new junction in the northern part, where it connects to the Autobahn 5, so you can get extra access point to the city (the passages to enter from south and east will still be available). 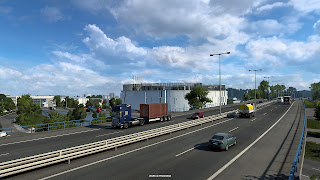 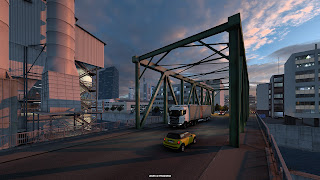 ​
Frankfurt has been through some turbulent and dynamic history but through it all, it has managed to withstand the test of time. There are currently over 750,000 inhabitants living in the metro area and the local economy is continuously growing. This is why we have expanded the city itself while also adding more depots and a part of the nearby industrial park! 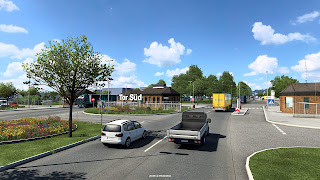 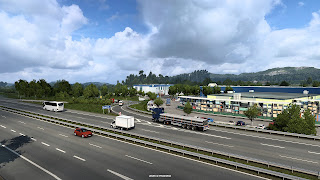 The city has one of the largest airports in Europe and we had to reflect on this fact in our work as well. The airport in the game will be expanded and you will be able to drive through some of the nearby parts, while also feasting your eyes on multiple landmark buildings, including a newly-built long-distance train station and a congress center. Additionally, there will be a new custom airport cargo depot as well! 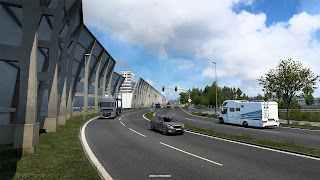 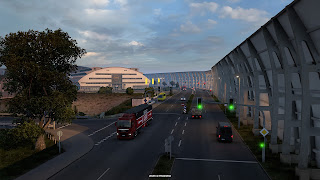 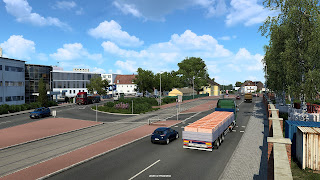 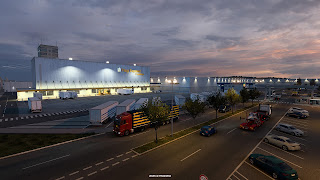 ​
We hope you are truly excited to set out on the roads and take a drive to the reworked Frankfurt am Main. While we still cannot provide any precise date for when this project will arrive in Euro Truck Simulator 2, we suggest following our social media (Twitter, Instagram, Facebook, TikTok) and keeping an eye out for any possible updates.